Chris Brown has a documentary out covering how “hard” life has been for him since the Rihanna incident. It’s a masterful piece of PR work to whitewash this egomaniac’s behavior. The fact that any artist still collaborates with him or any radio station plays his music astounds me.

I didn’t know the extent of the attack until this past week, as a result of this documentary making the story news again. He didn’t “just” hit her. He damn near killed her and the truth was covered up very successfully by his publicists and label.

I believe people can change, people can improve and make better decisions, but profiting off of this, making it about how hard this all was for you, is completely tone-deaf and shockingly narcissistic.

Here’s text from a police report (emphasis mine):

Christopher Brown and Robyn F. have been involved in a dating relationship for approx one and half years. On Sunday, February 8, 2009 at 0025 hours, Brown was driving a vehicle with Robyn F. as the front passenger on an unknown street in Los Angeles. Robin F. picked up Brown’s cellular telephone and observed a three page text message from a woman who Brown had a previous sexual relationship with. A verbal argument ensued and Brown pulled the vehicle over on an unknown street, reached over Robyn F. with his right hand, opened the car door and attempted to force her out. Brown was unable to force Robyn F. out of the vehicle because she was wearing a seat belt. When he could not force her to exit he took his right hand and shoved her head against the passenger window of the vehicle causing an approximate one inch raised circular contusion. Robyn F. turned to face Brown and he punched her in the left eye with his right hand. He then drove away in the vehicle and continued to punch her in the face with his right hand while steering the vehicle with his left hand. The assault caused Robyn F’s mouth to fill with blood and blood to splatter all over her clothing and the interior of the vehicle.

Brown looked at Robyn F. and stated, “I am going to beat the shit out of you when we get home! You wait and see!” Robyn F. picked her cellular telephone and called her personal assistant, Jennifer Rosales at [redacted]. Rosales did not answer the telephone but while her voicemail greeting was playing, Robyn F. pretended to talk to her and stated, “I’m on my way home. Make sure the cops are there when I get there.” (This statement was made while the greeting was playing and was not captured as a message). After Robyn F. faked the call, Brown and looked at her and stated, “You just did the stupidest thing ever! Now I’m really going to kill you.” Brown resumed punching Robyn F. and she interlocked her fingers behind her head and brought her elbows forward to protect her face. She then bent over at the waist, placing her elbows and face near her lap in attempt to protect her face and head from the barrage of punches being levied upon her by Brown. Brown continued to punch Robyn F. on her left arm and hand causing her to suffer a contusion on her left triceps that was approximately two inches in diameter and numerous contusions on her left hand. Robyn F. then attempted to send a text message to her other personal assistant, Melissa Ford. Brown snatched the cellular telephone out of her hand and threw it out of the window onto an unknown street.

Brown continued driving and Robyn F. observed his cellular phone sitting in his lap. She picked up the cellular telephone with her left hand and before she could make a call he placed her in a head lock with his right hand and continued to drive the vehicle with his left hand. Brown pulled Robyn F. close to him and bit her on her left ear. She was able to feel the vehicle swerving from right to left as Brown sped away. He stopped the vehicle in front of [redacted] and Robyn F. turned off the car, removed the key from the ignition and sat on it. Brown did not know what she did with the key and began punching her in the face and arms. He then placed her in a head lock positioning the front of her throat between his bicep and forearm. Brown began applying pressure to Robyn F’s. left and right carotid arteries causing her to be unable to breathe and she began to lose consciousness. She reached up with her left hand and began attempting to gauge his eyes in an attempt to free herself. Brown bit her left ring and middle fingers and then released her. While Brown continued to punch her, she turned around and placed her back against the passenger door. She brought her knees to her chest, placed her feet against Brown’s body and began pushing him away. Brown continued to punch her on the legs and feet causing several contusions. Robyn F. began screaming for help and Brown exited the vehicle and walked away. A resident in the neighborhood heard Robyn F.’s plea for help and called 911, causing a police response. An investigation was conducted and Robyn F. was issued a Domestic Violence Emergency Protective Order (EPO).

Your affiant conducted an interview with witness Melissa Ford who advised on Feb. 8 2009 at approximately 0055 hours, she received a phone call from Robin F. from an unknown telephone number, later identified as the cellular telephone of Police Officer III Chavez. Robin F advised Ford that she had been assaulted by Brown. At approximately 0100 hours, Brown called Ford as if nothing happened. Ford advised Brown that she had already talked to Robin F. and was aware of what happened. Ford advised Brown that the neighbors had called the police and that they were with Robyn F. Brown asked Ford if Robin F. had provided police with his name and Ford advised him that she had. Brown hung up the cellular telephone and did not call back.

On February 8, 2009 at 1900 hours, Brown surrendered himself to your affiant and was arrested for 422 PC, Criminal Threats. Brown was given a copy of the EPO and advised not to contact Robyn F.

On February 17, 2009, Ford advised your affiant that she had received text messages from telephone number [redacted], a number that Ford recognizes as belonging to Brown. In the text message, Brown apologized for what he had done to Robyn F. and advised Ford that he was going to get help.

Your affiant is requesting the telephone records and text message data stored on the cellular telephones of Robyn F., [redacted] and Brown, [redacted] in an attempt to establish a time line of the events that occurred on the evening of February 8, 2008 and to further implicate Brown as the person who assaulted Robyn F.

I’ve been listening to the Throwing Shade podcast with Erin Gibson and Bryan Safi for a few years now after falling in love with Bryan’s “That’s Gay” segments on the show infoMania on the former Current TV. The show summarizes itself as “taking a weekly look at all the issues important to ladies and gays… and treating them with much less respect than they deserve.” It’s hilarious while also focusing attention on important issues in our culture.

The great news is now they’re branching out into late-night TV! The show will be on TV Land, but unfortunately we’ll have to wait until early 2017 to see it. I’m greatly looking forward to it, and I really hope they keep the same incredibly inappropriate edge they have in the podcast.

John Pinette was without a doubt one of my absolute favorite comedians. After randomly seeing him on The View many years back, I looked him up online and fell in love with his routines. He died April 5th and I’ve watched his special “I’m Starvin'” many times in the last few weeks.

Still hilarious. His pretend rage, his baby face and hysterical voice all combined into one of my favorite standup acts.

Alright, that’s it, I’ve had it! I cannot take one more awful, sensationalized, CAPITALIZED headline from you HuffPo.

I held out as long as I could. I even held on when you cashed out to the tune of $315 million on the backs of mostly unpaid, grassroots, local bloggers.

Ultimately it was your painful lack of copyediting, lack of pertinent details on important stories, and your sensationalized headlines that pushed me over the edge. Goodbye Huffington Post.

For anyone else looking to take the leap and find Huffington Post alternatives, here are the sites where I have ended up, in no particular order:

While Lady GaGa is known for her theatrics, I can’t get past the fantastic message of her new song “Born This Way”. Check out this awesome cover by Sam Tsui.

Just a short post today to say that I love Modern Family on ABC!  It’s my favorite new show, and along with Brothers & Sisters makes up some of the best TV out there.  Here’s an example of why:

Any other fans out there?  Be sure to check out the behind the scenes clips on Hulu, they’re great.

Well, here I am, back on the Interwebs.  After 4 long months away I’m thrilled to be back in touch with the outside world.  For my fellow geeks, I’m running a 20Gb DSL connection and am really happy with the speeds I’m getting.

On a further geeky note, I added some additional login options for my comments.  You can now just login with Facebook or Twitter, so you have no excuses not to leave comments.

Now, on to the good stuff.  Excuse me while I turn into a shrieking 12 year old girl…OMGSH ARE YOU WATCHING GLEE!!?!!??!1  I’ve fallen in love with this show.  The pilot was excellent, the second episode was underwhelming, but since then they’ve recovered nicely.  Jane Lynch alone made me interested in the show; I loved her on the short-lived Lovespring International and she’s just laugh out loud funny.  Jane Lynch aside, there’s a really sweet gay character and my favorite of all, a fiercely fabulous black woman.

Warning: If you’re a straight male who watches football, hunts, drives a pickup truck, or thought Sarah Palin was a good idea and/or should hold any elected office then you probably won’t like Glee.

If you haven’t watched the show yet, do it before Hulu decides to pull it down.

There’s the light stuff.  I’ll get to what’s really been going on in my life in a future post.

In a previous post I talked about Josiah Leming and posted a video of him on the Ellen DeGeneres show.  Well, he has an album coming out in the fall and has been very successful in selling his music through his MySpace page.

Aside from chain smoking, things seem to be going very well for him.  Looking forward to his album, but I’m curious to know what you all think of him and his music?  I may just be(I know I am) a sucker for an underdog story. 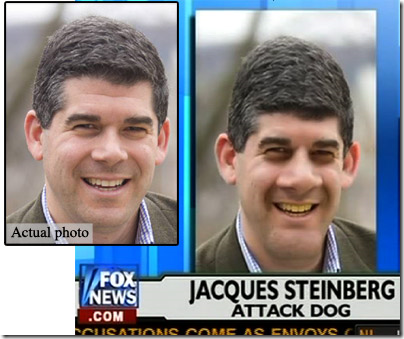 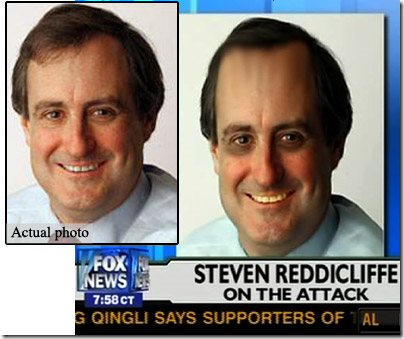