BRANSON, Mo. — A teenager from Branson who was hit with an electric stun gun 19 times by police has recovered enough to do an interview with a reporter.

Ozark police found Mace Hutchinson on July 19 underneath the Highway F overpass over U.S. 65. Mace’s family says he broke his back in a fall off the bridge. When he wouldn’t move, police repeatedly used an electric stun gun on him.

Mace says he doesn’t remember much about that night and there are still several unanswered questions about how Mace ended up under the bridge. But what he is able to say is he believes there was no good reason why anyone in his situation would be stunned 19 times. He hopes the police officers are held accountable.

“There’s no way that they had to Tase me that many times,” he said.

Mace spent his 17th birthday lying in a hospital bed.

“I had a broken back, broken foot.”

Nearly two weeks later, he’s out of the hospital but still lying in bed, hardly able to move.

“It should be a couple months before I’m able to walk on my own.”

His family says what made his situation worse is that his surgery had to be postponed because he had been stunned by Ozark police 19 times.

“At least I’m alive though.”

Mace says he still can’t remember how he ended up at the bottom of the bridge. He says he knows he didn’t willingly jump.

“I know I’m lucky to survive that far of a fall.”

Police records say Hutchinson was aggressive with them, and tried to get up and get into traffic. Mace points out that he doesn’t weigh much and wonders why an officer didn’t just restrain him.

Police also say he yelled threatening remarks about harming officers. Those things combined were why they used the electric stun gun on him.

Mace says he doesn’t remember that and certainly doesn’t know how it would have been possible, with his injuries, for him to move toward the highway.

“There’s no way I could stand up. I had a broken back and a broken foot,” he said.

After the incident, the Ozark police chief said he launched an internal investigation. A reporter called the Ozark Police Department multiple times on Thursday but no one returned a call to provide an update on that investigation. 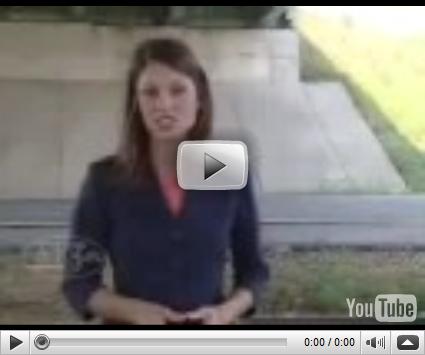 Am I the only one getting increasingly frustrated and concerned over these Tasing stories?  This kid had a BROKEN BACK and his heel was detached from the rest of his foot.  If the facts are as they appear to be, he was not possibly a threat!  He could have been saying, “I’m going to murder every single one of you.” and Tasing him 19 times would still not be appropriate.

Leaving the extremely serious injuries out of the story, he’s a small kid up against multiple police officers.  They keep saying he didn’t comply, what exactly was he not complying with?  To get up?  To stop being incoherent?  If these officers were not completely and totally incompetent they would have at the very least checked for injury.

The Captain angers me most of all.  “Shoot Cops. Kill Cops.”  Sounds fabricated, but even if it’s completely true were they really threatened by the kid sprawled out on the pavement mumbling to shoot cops?

This is simply disgusting.  Am I overreacting?  What do you think?