On this day one year ago 15 year old Lawrence “Larry” King was shot and killed as he sat in his 8th grade classroom.  He was murdered for having the courage 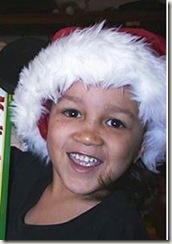 to  openly be who he had known he was for years.  Larry came out when he was just 10 years old.  It took me until I was 20 years old and living 1,200 miles from my family before I would take that step.  Larry had courage beyond my understanding and despite the awful, turbulent home life he was experiencing he had the conviction to be himself.

Larry’s 16th Birthday would have been 1 month ago and my heart is broken that he wasn’t here for it.  Any death at that age is nearly impossible for me to understand, but for someone like Larry to have lived and survived through a very rough childhood to only then to have his life cut short simply for being something other than heterosexual, is almost too much to take.

I have read accounts of Larry’s last few weeks and from what I gather Lawrence had started to self-identify as female, going by the name Letitia King.  Whether Larry was a gay boy or Letitia, self-identifying as female makes no difference.  Whether Larry or Letitia, this young life should be remembered an honored for the courage that was shown by just being true to what was inside.

So Larry…Letitia, I honor and remember you today.  Your death broke many hearts, but through that pain many more hearts were changed from fear and anger to reconciliation and love.  Rest in peace. 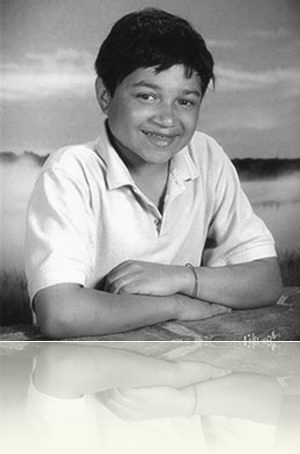 5 replies on “A Very Sad Anniversary”

This bothers me, too. If you want to organize a candlelight memorial or something similar with me, let me know, okay? I am always game for justice and compassion.

I am a yearbook editor at Washington Manor Middle School, Ca. We are doing a page on the day of silence in honor of Lawrence King, and we were wondering if we can get your permission to the picture of Lawrence with his arms folded. We would greatly appreciate it. If you need to get a hold of me my email is kaohu77@yahoo.com

I am a yearbook editor at Washington Manor Middle School, Ca. We are doing a page on the day of silence in honor of Lawrence King, and we were wondering if we can get your permission to the picture of Lawrence with his arms folded. We would greatly appreciate it. If you need to get a hold of me my email is kaohu77@yahoo.com

Since media omits ugly truths about what Lawrence Fobes King did. I will use my free speech right to say it here because I believe it was manslaughter.

Most men & boys who are victims of harassment & physical abuse don’t report that. Lawrence Fobes King was anti-social. We know what was reported but it can be that Lawrence Fobes King also committed physical abuse against others including against the boy who killed him only that it was not reported. It wouldn’t surprise me if Lawrence Fobes King even molested children only that it did not get reported. Now it offends but I say this because if you know the 1998 Methew W. Shepard murder case which got world attention, most media omits ugly truths about him molesting 2 boys when he was 15 years old which he got counseling for. Book of Matt by gay author Stephen Jimenez.

When I read a gay (transexuals are mutilated gays/lesbians and they must abolish sex changes) bashing case in the news, I wonder what the view is of the journalist reporting this on homosexuality/lesbianism ? I also wonder if the journalist is a homosexual or lesbian and if so, are they setting aside their bias and reporting the news with no problems ? I do not trust news that I get from Daily Kos or the Huffington Post on their coverage of gay bashing cases because they predictably make the homosexual look like an innocent victim no matter what wrong the gay does.

Here’s what predictably the Daily Kos and other media left out. Lawrence Fobes King exposed himself and harassed other boys for sex in the bathroom. When complaints were made about Lawrence Fobes King, the lesbian VP Joy Epstein refused to expel him. 1 boy who had enough of Lawrence Fobes King’s harassment shot and killed him in class in February 2008.

Several jurors interviewed have said that Lawrence Fobes King anti-social conduct is a reason why they went for manslaughter rather than 1st or 2nd Degree murder.
But why did Lawrence Fobes King thinks he was gay @ just 15? Now if it’s an adult taking part in homosexual/lesbian activities, then it @least involves adults. But a teenager isn’t old enough to take part in this. GID is worse than homosexuality & they must abolish sex changes. With Lawrence Fobes King , what I must wonder is did he think he was gay because of biology or was he a victim of homosexual sex abuse such as by priest which messed up his sexuality?